Well, just before winter fully arrives, I headed off to Chatham to do my Day Skipper Practical course. Again I opted for Elite Sailing School as I found them so good during the theory course with very competitive prices and a good reputation in the London sailing world.

As luck would have it (as with my Competent Crew course) again we were only 2 on the course, being one of the last courses for the season. It was me and a young guy who had just returned from working as an…

Gee whiz....it's been such a quiet hurricane season!

It is so nice to hear the weatherman say that the "tropics are quiet." This has been pretty much a quiet season. Florida used to get a lot of those, but this is the first time for a while that it has been so calm for so long. Gee, we are only up to Fred on the naming.

It means that O Town residents don't become complacent because there may be one just around the corner hiding, but we aren't so anxious...nervous....worried....or whatever! No fighting over flashlights… Continue 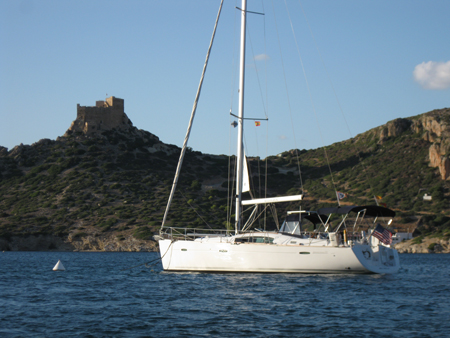 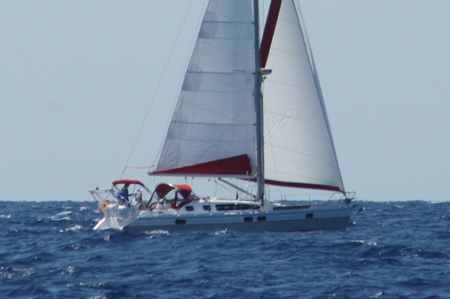 Sunday, I had work to do. And what's the best thing to do when you have deadlines to meet? Well, in the words of Bluto:

Well, next best thing is to go sailing. So I did on Sunday.

Summer is over. Although it is bright and sunny, there is a definite Autumn nip in the air and the shadows are getting long as the sun's arc no longer crosses the top of the sky. Laura is coming down off the frenetic pace as business slows at the end of the season and we are looking forward to spending more time together as West Marine adopts shorter hours for the Winter.

Meanwhile we have been taking full advantage of the… Continue

Connections in Miami, in November

My daughter and I decided to meet up in Miami in the middle of November for vacation. (We are both flying - gratuitous remarks about windward 747s go here...) We are arriving around the 14th. So we are looking to meet up with folks, hopefully find some gentle soul who would like to take us sailing for a day, or a few days, interesting places to stay, things to do, etc.

Challenging Sail down to Rodriguez Key

Challenging Sail.
1.Today was the start of a few days down in the keys. The forecast wasn't the best with 40% chance of thunderstorms. I launched out at 6am from the slip with of course a cup of Joe in hand. It was a motor-sail the first 3 hours with winds 1-3 knots. There were thunderstorms all around and I had to thread a needle through them. At 7 am the boat got a washing. The weather was going to dictate which route down to Key Largo I was going to take: the inside route ICW or the… Continue

Where are the days going....

Wow, I can't believe it has been nearly ten days since my last entry. Most of the time is spent working as a school counselor, sailing Fast Lane, thinking about sailing my sunfish, working on SPRAY, sending e-mails, reading e-mails, polishing off my first big interview artiicle, and spending time with Sammi, swimming befoe dawn's early light, walking/jogging in the early evenings, sorting pictures, searching for my cell phone, keeping the house tidy, washing, ironing, driving, eating, cooking,… Continue I just returned from Norfolk by car after sailing the boat from CT to Norfolk this past weekend. We left from Westbrook,CT on Friday and arrived on Monday AM. It was a bit short on crew as I had to share my 3rd crew (I prefer at least 4) with a friend from Martha's Vineyard who was alone on his Hans Christian 48. We sailed down as a pair. On Friday, mid-day, we passed by the UN on the way down the East river. We spent a very enjoyable overnight in Sandy Hook then set off mid-day Sat for Norfolk… Continue

RE: Off to the Med

Well, as far as assignments go, this one should be excellent! 10 days in the Western Med / Adriatic! And on a Clipper ship! Woohoo! We're sailing on the Royal Clipper from Venice to Rome with stops in Croatia, Greece, Sicily and more!

Hope to post more as time (and bandwidth) permit!

After a year of frustratingly trying to organize a slide show with the music of my choice I think i finally found a software program I can deal with. It is called Pinnacle. While I have many, many hours of work ahead to get it completed, at least I am confident this program will work. As with my blog, the theme will be sailing at sixty. Interestingly, it has prompted my talent as a photographer, as the storyboard is inspiring me to take pictures of things like the book which got me dreaming of… Continue

I slipped the boat this week and have spots of rust at the keel-hull join. The dealer tells me it is not from bolts but from the edge of keel. I also have rust coming from somewhere on the rudder shaft but cant see where without taking the rudder off. Any thoughts.

Crossing our fingers and toes that Erika decides to visit elsewhere!

O Town has been pretty much rain city lately. Big storms and lots of lightening. Hey, there's a price you pay to live in the BEST SAILING STATE IN THE USA!!!

Looks like Erika may decide to party with Florida, but hoping not. If she stays organized, we could get some major rain. Like we need any more!!! It's rainy season now. Watching the grass grow actually means something here in Touristville.

I'm sure everyone out Bahamas way, and around there are feeling rain and… Continue

We have been in Grenada for over a month now and have had a chance to explore some of the bays that line the south coast. Each one has it's own personality and style. Some are very well protected and some are rolly. Some are handy to shopping and some are very isolated. If you are in the mood to get away from it all, you can find a place or if you like lots of action you can find that too. The people are very friendly and we feel very safe here. There was a burglary on a boat during Carnival… Continue