I took the day off yesterday to attend a concert in Houston that got cancelled so I decided to spend the day in my favorite hangout spot- Kemah, TX.  The weather was sunny and the temperature climbed into the 60’s by lunch.  I had been considering shopping for a new pair of boat shoes now that the 2011 sailing season is underway.  My current pair have seen better days, and I thought early spring might be the best time to upgrade to something I could actually be seen in a public…

Armchair Sailing is not my new year's resolution!

Well, it looks like winter has reached coastal Texas. With the mercury in the low 40's and the recent rains, it is almost like de ja vu of my last home in Boston. Nothing like overcast skies and some cold wet rain to make you feel alive, right? With holiday celebrations, visiting friends and family, and all the extra cleanup involved, I bet many like myself have been stuck to armchair sailing this month. Ok, I admit, I did have an opportunity to join a group on a 1/2 day charter after… Continue

Just got back from Kemah xmas boat parade on a 56' pwr yacht in heavy fog... 2 electrical fires, almost t-boned a SAILBOAT anchored broadside in the fairway, came less than 10' from hitting rocks, and damn near ran down a game warden boat. I wasn't skippering but I was doing a lot of yelling.....now if only I can remember where the hot coco and mint schnapps is.....

Well, it appears that the HC33 in Kemah listed on the HCOA website is NOT for sale. Apparently a glitch caused old classifieds from 2006 to appear one night and that was the night I happened to be searching the for sale area. I guess I have more time to plan and prepare so I can be ready to pounce on another great boat opportunity when my lease is close to done.

Dream. Plan. Plan Dream. I kind of miss my Catalina. Not meant to be right now I guess. The weather is significantly cooler… Continue

Well, it's sink or swim time.....a model of my DREAM boat has just listed on the HCOA website locally up the road in Kemah. There's no excuse not to somehow make my dream become a reality. I wouldn't need to pay shipping/freight costs, and I could move right in. Too bad my apartment contract isn't up until May....ughh.

Approximately 150 Hans Christian 33's were built starting in 1980 and the original production run ended in 1988. This model has just recently been resurrected for a… Continue

So my sailing club, Texas Mariner's Cruising Association ( http://tmca.nu) held their annual planning meeting yesterday. It was quite a different experience planning an entire year's worth of weekends versus the short 6 month season in the north. Being that it is the "off" season down south where the weather is much cooler, but not freezing, I can understand why people will go out every chance they get.

Normally, being a hard core sailor, I'm always down with that, but a short 6… Continue 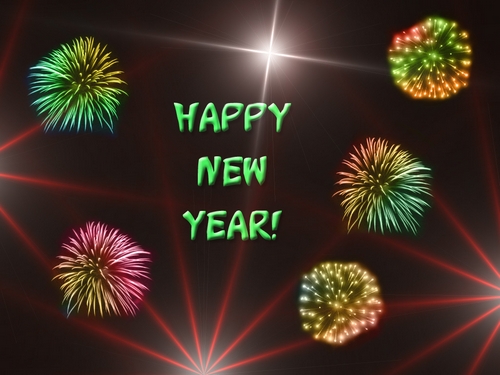 Now that 2008 is over, take a moment to reflect back on your accomplishments (or lack thereof) for the year. Did you sail as much as you wanted to? Did you finish that labor intensive boat project? Did you find time to take that cruise you planned?
I'm personally glad 2008 is over. Hurricane IKE really put a damper on the second half of the year. I'll keep my fingers crossed with what the next four years under Obama will bring, but I'm not going… Continue 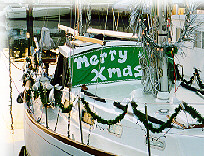 Wishing everyone a warm and safe Holiday Season from Texas.

Now that I live in the south, you would think that the weather is sunny, warm, and beautiful all year round. Well, as I've come to find out, that isn't necessarily true. The mercury has been fluctuating almost as wildly as the market lately. It's hard to believe it's December. The prevailing winds are a little more stiff and they appear to push water from Galveston bay leaving skinny water just about skim. The sailing will not be quite as regular as during the summer season, but at least it… Continue

So I just returned this evening from a weekend aboard a newer Hunter 34 in Galveston Bay. Boy, the winds were honking on Friday night starting around 1030pm and didn't let up much until Sunday morning. We were screaming at over 7 kts on a run with the tide down the Houston Ship Channel and must have beaten a record for the sailing school in time getting down there.

Overall a great class and a great instructor (CAPT Jon). If you are interested in taking this class, you can't beat the… Continue