Armchair Sailing is not my new year's resolution!

Well, it looks like winter has reached coastal Texas. With the mercury in the low 40's and the recent rains, it is almost like de ja vu of my last home in Boston. Nothing like overcast skies and some cold wet rain to make you feel alive, right? With holiday celebrations, visiting friends and family, and all the extra cleanup involved, I bet many like myself have been stuck to armchair sailing this month. Ok, I admit, I did have an opportunity to join a group on a 1/2 day charter after… Continue

Well, hurricane season ended and now we are headed north with Wind Whisperer, Abasaroque, and Emerald Seas. We have had some great sails on the way north. Celebrated Thanksgiving at Saline Bay on Mayreau in the Tobago Cays. What a beautiful spot. The next day we sailed around to the Cays and snorkeled around the islands. We saw sea turtles, and lots of tropical fish on the reefs. The water was nice and clear and warm. The Cays are on the top of the list for must visit places if you like to… Continue

As I spend my days, two at least, cleaning out my home office, my hands are shaking. I have all this stuff. Stuff I don't know what to do with. Oh, I could spend money, rather borrow money, to buy some shelves to show off my life's collections, or toss, toss, toss, or sell on criag's list, donate to goodwill, or just sit here until as my mom would say until the cows come home.

I know I need to focus, to set a goal for the 2010 year, to plan for my finite future. Maybe it is the… Continue

Sixteen Bells To Ring In The New Year

The practice of ringing bells at sea is as old as the bells themselves. On board ship it is important to observe some form of timekeeping to facilitate the smooth running of the ship. As clocks or watches were, at best, expensive and so out of the reach of the ordinary sailor, time was measured by using a sand glass.

It was left to one of the ship's boys or midshipmen to be responsible for turning the glass. The most common form came with a running time of half an hour. As periods of… Continue

And I say to myself, What a Wonderful World

Who can bemoan Nat King Cole's immortal singing! His deep spoken voice resonates in the very soul of my mind, reminding me that regardless of the holiday you celebrate, when the rains fall hard on the earth's surface, it is mother nature's way of bringing new life into the world. We need water to survive. Certainly water is one of the elements that perplexes NASA engineers in their attempt to sustain life on other heavenly bodies. Talking about heavenly bodies, isn't it comforting to be wrapped… Continue

Anyone here make it to the BVIs a week or so ago for the party in Tortolla? It was awesome!!! Grog and Painkillers seem like the staple drinks and we definately had our share. I found Catillo Gold rum for 2.69 a bottle....life is good....Capt Fish

Just got back from Kemah xmas boat parade on a 56' pwr yacht in heavy fog... 2 electrical fires, almost t-boned a SAILBOAT anchored broadside in the fairway, came less than 10' from hitting rocks, and damn near ran down a game warden boat. I wasn't skippering but I was doing a lot of yelling.....now if only I can remember where the hot coco and mint schnapps is.....

We didn't make it to Friday Harbor. Our trip to Port Townsend was uneventful. Light South Winds were not enough for us to sail, the Northward current pushing us faster than the wind. We had a quick trip under power to Point Hudson Marina where Bree and I stayed with the boat while Laura attended her "Team Building" activity ashore. By Wednesday Laura's meeting was over but the weather was closing in. With gale… Continue

I have purchased a 84 Cal 24 and after viewing the boat and the amount of refit I have decided its to much for me at my age. It is listed with Wilson Yachts in Tracys Landing MD. The boat needs a teak shelf replaced, deck fittings rebed, some gel coat repair. The deck didn't feel soft and the deck teak all needs sanding and refinish. There is a Nissian 5hp outboard, Main, Jib, newer Kevlar racing Genoa. The boat is listed for $3995 or best offer. I am in FL and have no desire to move the boat… Continue

I love this network as it is bringing sailors form all over the world together!! There might be people here though that want to know more or are sailing in Thailand. For those we have a separate network as well. www.sailingthailand.ning.com Just recently all news and pictures about the biggest sailing Regatta in Thailand the Kings Cup that all happened last week. We hope to see you there also, and if you have anything to add to… Continue

Fellow SeaKnots member Max Soto joined in plus sailing buddy Bruce Young. We had a great day of warm weather/warm water (both in the 80's), light air sailing. We are hoping to increase the sailing activity here in Costa Rica by magnitudes...especially our own! I will post a few photos after Max sends them to me 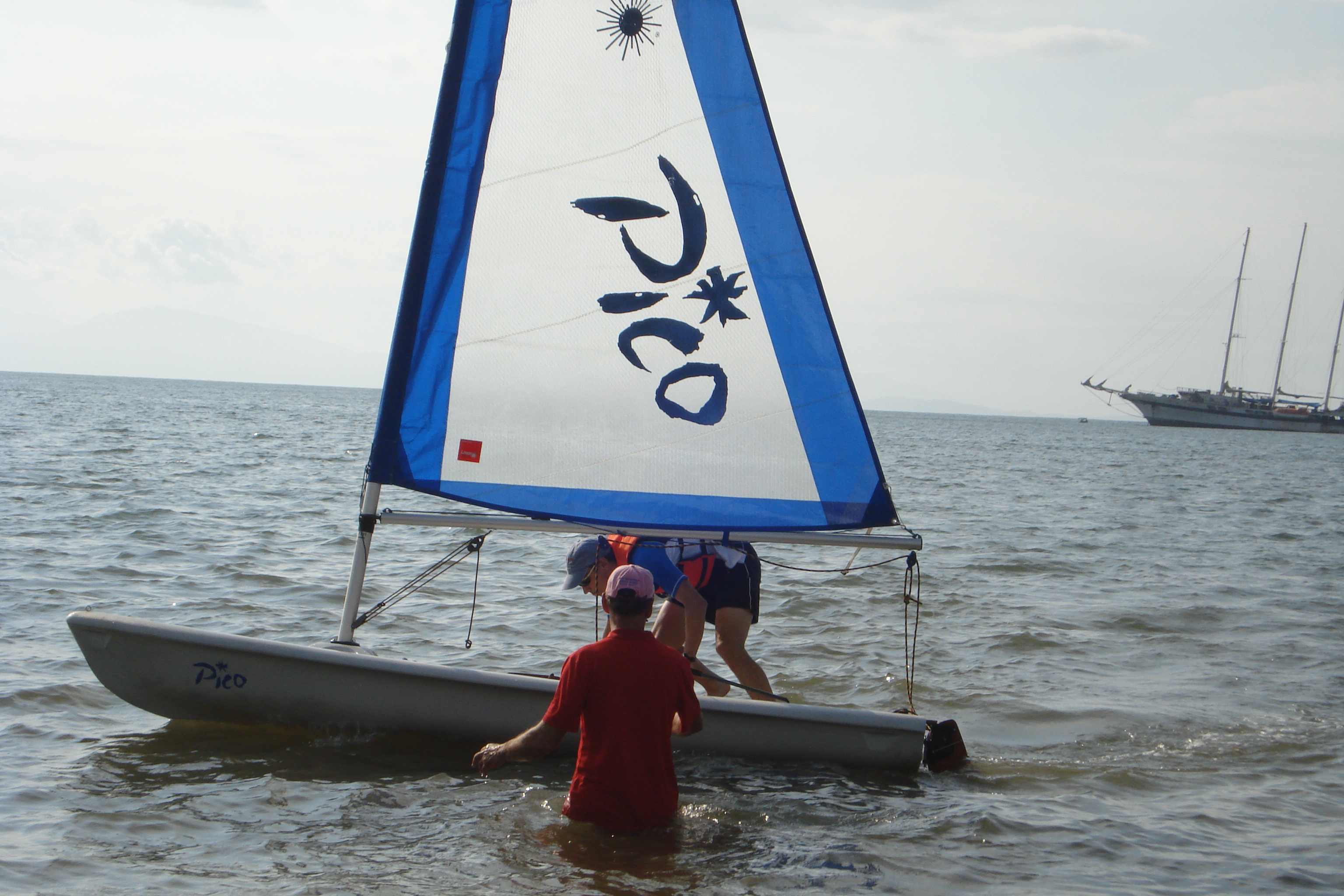 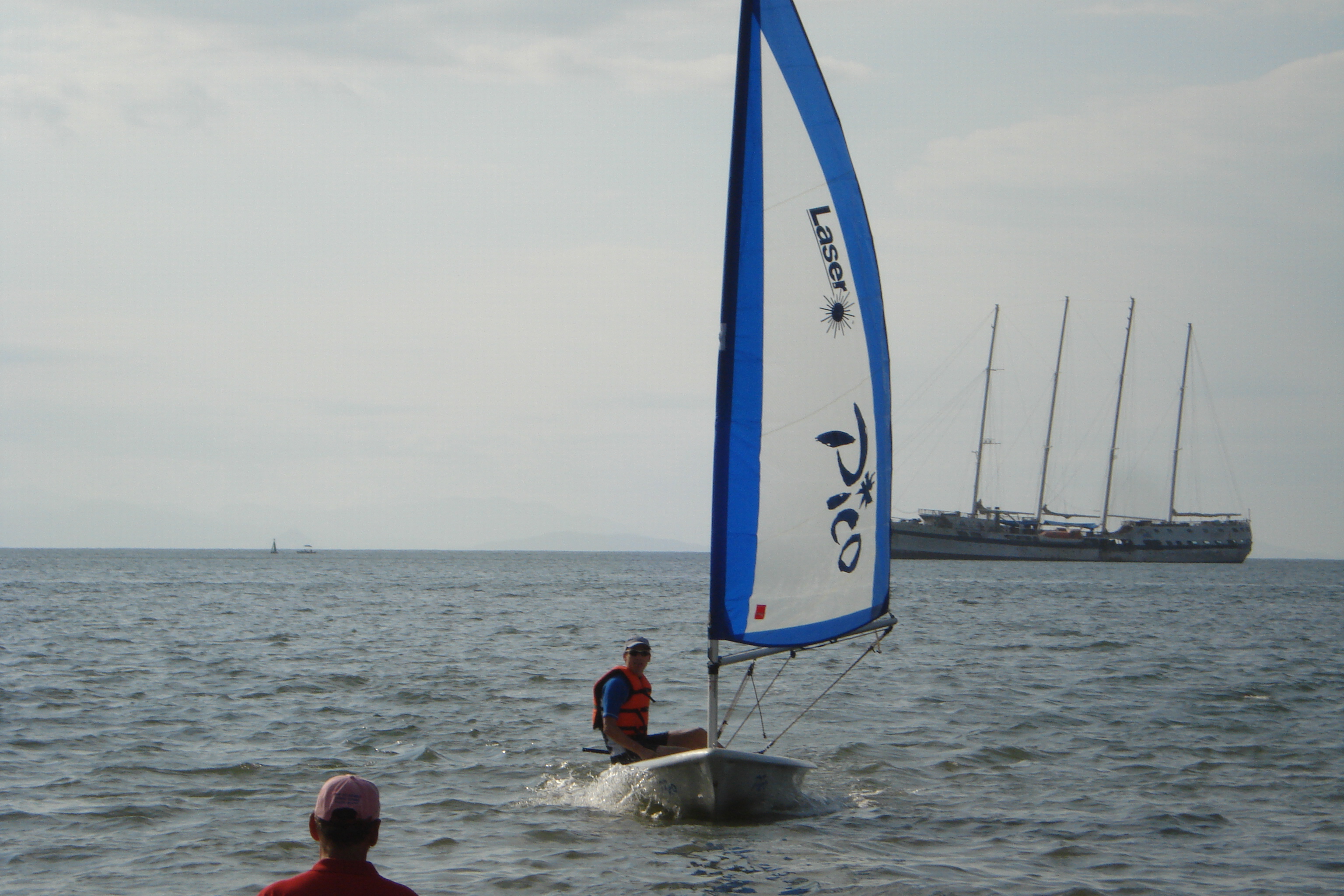 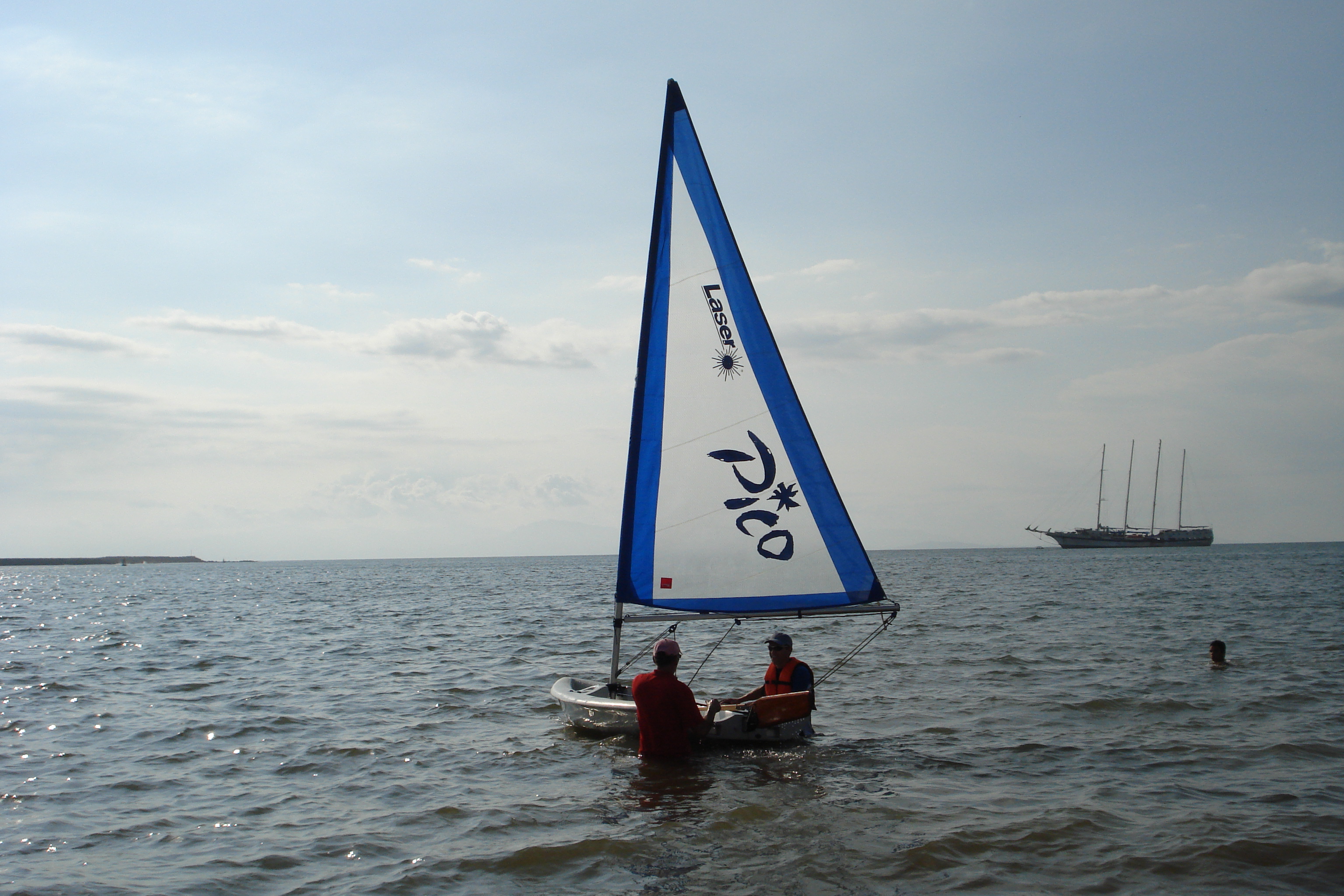 Enjoy Puerto Azul, the most frendlly Marina in the Costa Rican Pacific Cost.

So, after all the feelings of intimidation and that I'm not good enough to be in the upper eschelon of sailing, I go out with my sailing team and continue teaching them about getting around a race course. We sail in small 8 foot prams with a teeney-tiny course barely 50 yards from the windward to the leeward mark with a start/finish line halfway in between. The idea is to know instinctively when one is on port or starboard, how to cross the start line within a 3 minute timed sequence, rounding… Continue

Help, I need to get over my intimidation blues. I am generally not a shy person. Yet, when faced with someone I hold in high esteem, someone I think is a better sailor than I, I lack the confidence to engage them in conversation that flows smoothly. I am sure it is my lack of experience interviewing folks. I need to get better at selling myself to sailors who can help me excel. Yes, I plan to solo circumnavigate the globe.While pursuing that goal I want to become a more accomplished competitor.… Continue

Hurricane season is over for the year and everyone in O Town has breathed a sigh of relief! We can let the emergency kit go for just a bit knowing it's current, but checking it is a habit all of us have for most of the year. One never knows! That goes for sailing too.

Getting ready to sail south on the Florida Inter Coastal towards Sebastian. It's the Sea Owl sailing with myself as Captain, #1 Son Ben as 1st Mate and #! Son's Friend JP as 2nd Mate. Skills brought to the sail… Continue

Bluemapia: share your sailing destinations and nautical points of interest on a public map.

We believe that sailors are the best source of sailing information.

That is why my friend Max and I created bluemapia, an open content sailing and cruising guide, where people from all over the world can write about the places they have visited by boat: bays they love, safe anchorages they know, best marina services they have found or charming villages where to stop for a night.… 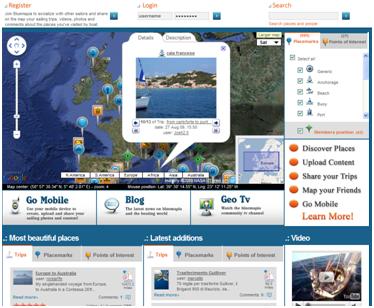 Nice weather for a sail, smiles