Winter in Pensacola, we've had some really cold, wet weather this winter. Not very good for sailing, and our channel is due to be dreged in January/February. It's a good thing since I can't get out in the bay during the winter low tides. But the dock time has been good for doing maintenance jobs that need to be done. I replaced the accumulator for the fresh water system, changed the oil in the engine, pulled up all the floor boards and cleaned out the bilges. We also removed the old mainsail… Continue

Jack of all trades or Master of One

Sailing around the world or even around the lake has inherent dangers. There is the possibility of falling off the boat, being hit in the head with the boom, jamming your feet on the toe jammers that decorate the deck, getting your fingers caught in a cleat. While no one goes to sea wishing for an accident, sailing like all sports must be approached with a bail out plan.

Taking on the challenge of skippering a 28 foot monohull in our local women's series is a job I take seriously.… Continue

Thanks for all your support. I agree with Terri that when you are out their alone, despite all the technology and being given a boat, there is no one but you to handle every single detail. There is a certain mind set that encourages solo voyages whether on a boat, in a car, on a bicycle trip, or even solo trekking the wilds of the Amazon (certainly someone has done that). It seems that every post I have ever made to this website brings forth words of encouragement.

Splice the mainbrace
From Wikipedia, the free encyclopedia
Jump to: navigation, search

Splicing the mainbrace aboard HMS Wren during World War IISplice the mainbrace is an order given aboard naval vessels to issue the crew with a drink. Originally an order for one of the most difficult emergency repair jobs aboard a sailing ship, it became a euphemism for authorized celebratory drinking afterward, and then the name of an order to grant the crew an extra ration of rum or… Continue

Someone tell me these beauties are part of this group?

This is Amiyah Diaz on myspace: 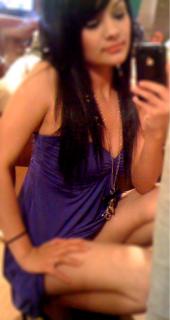 Alex Alley needs sponsors to participate to the next Ocean Global Race.
Enrty level to buy a space on his boat 5x5 cm is 25 £.

He is a great guy and at the end of the race the boat will be sold and a donation will be made to charity.

That's why we decided to sponsor his adventure.

Join us and buy your space!
Marcello

Getting ahead of myself?

Some would say that I should finish the "Across the Pacific" series before I start something new. OTOH, I have the opportunity to interview the local Boat US Vessel Assist Captain here in Seattle so I am going to go for it; hoping I will be able to spend a day on the water with him.

Do any of you have any questions you would like me to pose?

This promises to be a very entertaining and educational experience: Stay tuned.

Golly, another heroine takes my spot. Twenty something years ago I was in such awe when I saw Tania Aebi's pix on the cover of Cruising World. I wouldn't even tell my sailing friends or colleagues about her great adventure. Although I did cut the page off and framed it. Several years later I finally hung it in my office at work. Now, Jessica Watson at age 16 is passing Cape Horn. CAPE HORN, alone, on her million dollar 34 foot monohull. It does anger me that the headlines all say she is sailing… Continue

I am doing my first st. Marten and the leeward islands boat charter.
Does any one have any advice or recommendations ???

NO MORE ROAMING: all ports in Europe - only one phonecard

everybody, who is traveling a lot in different countries knows the problem! I now used a new kind of SIM-Phonecard, that works in more then 100 countries and I do not pay roaming anymore when people call me. It is a UK number and I only pay low rates, if I make calls inside the… Continue

I hope everyone had a satisfying and renewing solstice and holiday season. Leaving political correctness aside for moment; as Christians and Americans, we celebrated Thanksgiving and Christmas with Laura's family in the traditional ways. On New Year's eve Laura and I had dinner with friends and retired early. We were sound asleep by 10:30, grateful that we are not in Honolulu where… Continue

If one more person tells me to focus, I'm not sure what I will say. Anyone who has ever spent more than ten minutes with me undoubtedly will say, "focus, Marlene Focus." It's as if my name is no longer Marlene Anne Sassaman, but rather it is Focus Marlene Focus. On the one tack it is amusing as my challenge with staying focused crosses all that I do. Whether cleaning out my closet, writing an important report for work, cruising the Intracoastal Waterway, racing in a highly competitive regatta,… Continue

Met a bloke and his wife the other night on the dock. Did a few hours sailing early this morning 10-15 knot breeze. topping out around .6.7 knots on a Hunter '38. Easy breezy, too easy as they say in the coral sea. A bit chilly, sorta like NZ in summer...