My boat won't move. Well, if I had wind, and pushed it out of the slip, it might. But, as it is now, it can't be propelled.

Would like to know what you think about it?
Pierre and his family (children from 1 to 6 years old are getting ready to sail to Peru from Los Angeles.
For some it is crazy considering he has little experience for other it is bold and courageous but not scarry.
I am one of them.
Is it a better time to leave? I don't think so considering the insanity we are living on. And if they wait to get more money what will happen of their dream?
So they got the boat from us and we'… Continue

After waiting 10 days for a weather window we set off for Nassau and the Berry Islands at the end of February. Sail Flow promised 10 to 12 knot winds with calming seas. What we got was 18 to 25 knot winds with 7 to 9 ft. seas! It was dark by the time we reached Mackie shoals and the thought of dropping the hook in the dark with big waves pounding our boat did not have any appeal. We decided to press on towards the Northwest Channel. Turning south meant we started taking the sea on our beam. If… Continue

Three days a week I host dockside chats. Two on my F28 tri and one on a Lindenberg 28. With springtime on her doorstep it is expected our dockside chats will morph into… Continue

Just spent a great morning at the Shark Lab here on South Bimini Island. They are studying Lemon Sharks and the effect that habitat destruction is having on the population. Kristine Stump took time from her busy schedule to explain the process and the work that they are doing. It was fascinating and very informative. We went out to the beach and waded out to a shark pen where we got to meet a young nurse shark and a lemon shark up close and personal. Did you know that if you hold a shark in… Continue 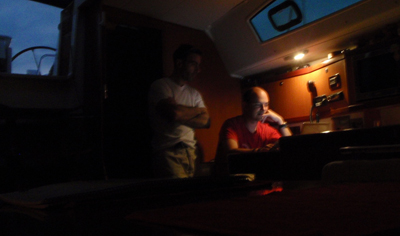 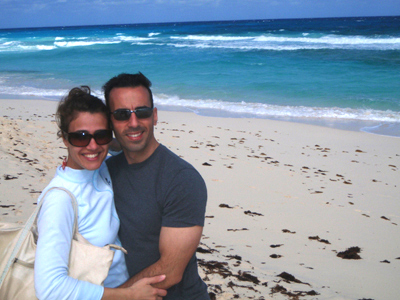 Check out Cruising Compass....cool news and notes for cruisers

We started Cruising Compass as a lark a couple of years ago and it has grown into a really cool gathering of cruisers who are interested in news and notes from around the world. There are 26,000 sailors now reading CC. Mostly they come from North America but many of them are living on their boats and cruising actively about the world. So, if you want to stay in the cruising loop, have some fun and find out what cruisers are up to log on to… Continue

Finally, after many months in Florida getting Blue Heaven ready for extended cruising, we made our way down the ICW to Port Everglades and then went outside to Miami. Came in through Government Cut to Miami (what a trip) then down Biscayne Bay to Rickenbacker Marina. Spent a night there and then on to No Name Harbor on the south end of Key Biscayne. The next morning we looked for someone to go to Bimini with but everyone had left that morning or the day before. Even though it was late in the… Continue

I am just seeing how the lay out works for this blog, I am looking for the best web site to post pictures and info and tracking our position as we go. I have 2 blogs that I currently view of friends of mine. I would be nice to have a little of each one made into one if it could happen here. I am looking for help and input. What I am looking for is the tracking feature as on sailblogs and then the linking to web sites as on the great lakes cruising blog, below are the 2 I… Continue

Sailing this past weekend after scraping ice off my windshield Friday morning!

It is 80 degrees today in Mickey Mouse Land today! YAY!!!

Last Friday morning I scraped ice off my windshield before I went to work. What a pain! I do not understand how anyone lives in a place where that would be normal. :) I live here BECAUSE I hate cold weather. And it has been darn cold the past 2 weeks, even here in THE BEST SAILING STATE IN THE US.

When I scraped ice off my window this past week I was reminded of when I was in college in north Texas. It DID snow… Continue 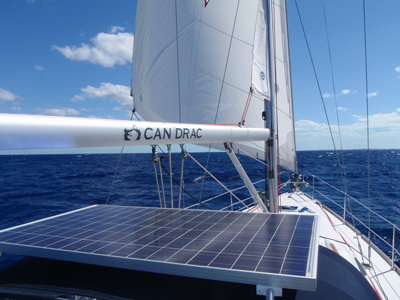 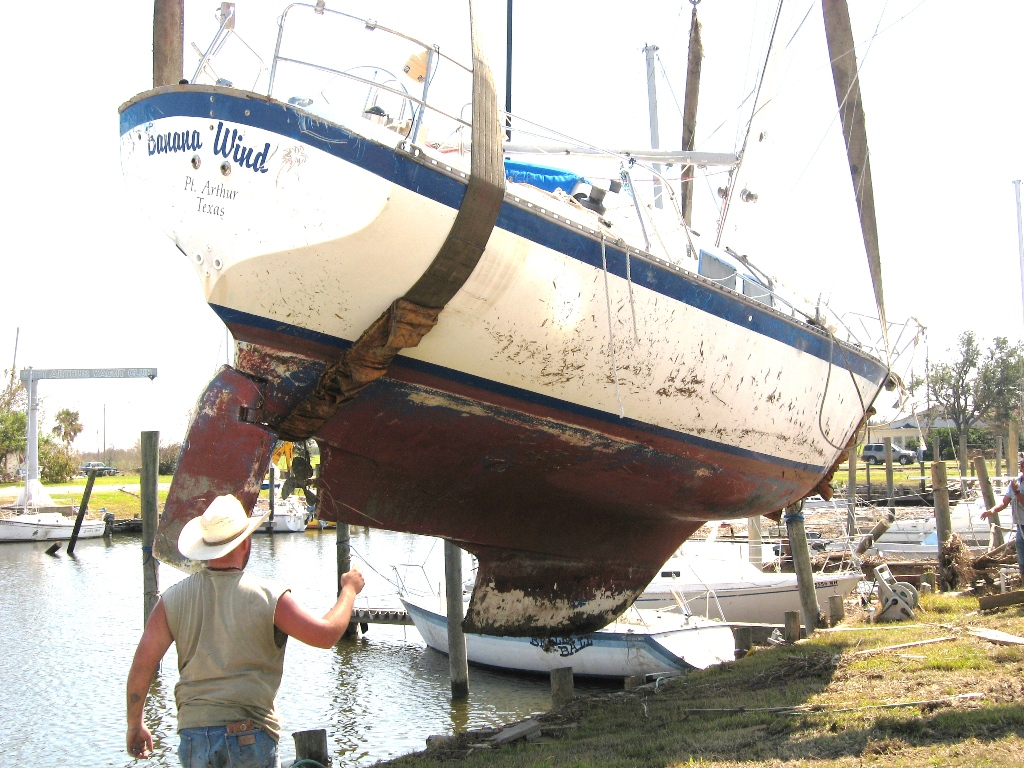 Well folks ...I know it's been quite awhile since I decided to post anything, much less some new pictures (plenty to see below). To tell you the truth ...I kinda lost my spirit for posting much of anything online. You see, we've been getting hit pretty hard pretty often over the past 5 years. I now know what it must have felt like for the folks living over in Florida back a few years when there seemed to be no end to mother nature's fury on… Continue

As with so much in life, many of the experiences that I had hoped for in my twenties and thirties, had to be put aside, in order to raise a family, and earn a living.
The dreams just didn't fit in the space that was left. Then, in my middle forties, health issues seemed to bring any hope for early retirement to a screeching halt. So that now ,the dreams that had been put aside for later, had to be put back on the shelf,most likely to be… Continue

Just returned from Mexico and the Baja Haha

What a great time! We placed 2nd in the Kilo division on my buddy's Harding Force 50 "Luna Sea". The only one to beat us was Patsy on Talion, a *beautiful* Gulfstar 50 Sloop also from Portland, now based in La Paz. Will post more later.

What brought me to want to sail solo?

This question was posed by a new e-friend. It seemed generic enough to post on the blog. Being new to Sea Knots I thought I could set up my own personal blog. If I can would someone be kind enough to explain how to do so. In the meantime, I clicked Blogs on the toolbar and it led me to this site. Anyway, here is the answer to the question, 'what brought me to want to sail solo?'

I often sail and race with others; on my boat or… Continue

Ahoy Friends,
Well, we completed our BVI trip a couple of weeks ago......What a blast!! The eight of us went out for a week on a 45' cat, the Dodger II and it was tremendous. The British West Indies is wonderful. Great sunsets, very nice people and super conditions. (A little pricey at the restaurants - but we only ate off the boat 1 lunch and 2 dinners)
Everyday was warm (82-85degrees), the water crystal clear and the wind was 10 to 18 knots. I sailed into a different cove every… Continue 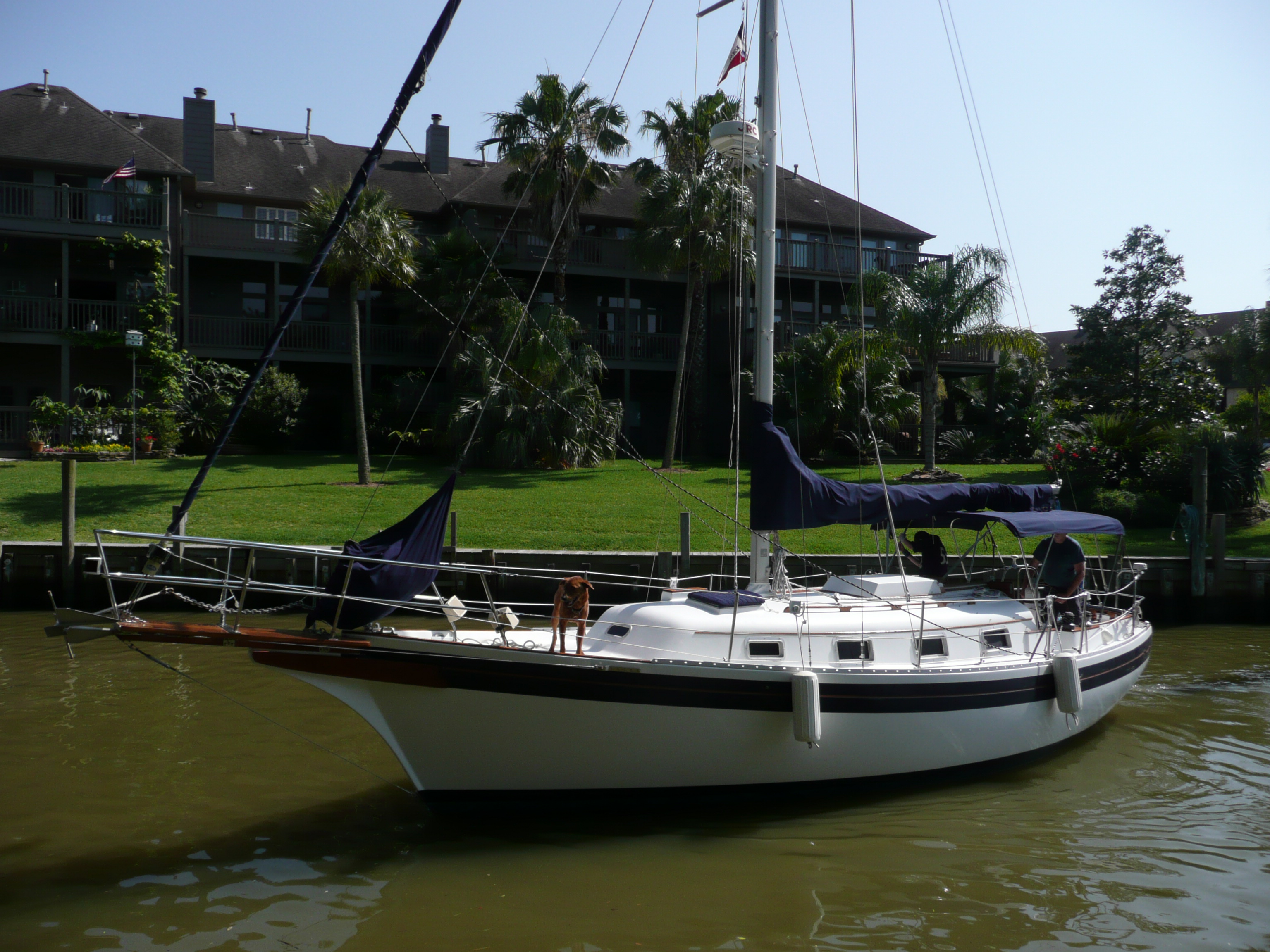 With the tide too low to make the raft up this weekend I decided to work on dredging out my canal. I had spent time after the storm probing the canal with my kayak paddle to be sure nothing solid was there. I carefully worked my way back and forth untill I had cut my way to the main channel and could back into my slip so I think If I keep it clear I should be able to get out now unless its an extream low… Continue