After too many days doing and redoing SPRAY and I are following the cruiser's code. "Go when we are ready!" So it was at 1 pm this afternoon the lines were untied and we had a 100% dry ride halfway home.
We are anchored under a full moon about 20miles north of our home dock. After getting some yuck on the s/b float in the locks I am reticent about getting into my slip alone. The plan is to anchor.out then dinghy in so.I.can.sort the dock.lines to.be certain I cannot capture them.with the… Continue

Convinced I should launch SPRAY despite feelings of a poorly executed sealing job, there was a feeling of relief when she stayed dry upon her initial splash. For the next three hours the repaired sections stayed bone dry. Eventually I drifted off to a light sleep but easily woke up while shifting positions. With a bit of hesitation I checked the propellar shaft area and noted only a teensy bit of water entered during the night. Replacing the properllar shaft, by a workman at the yard,  was…

Well, well, well, for two days I have been practicing how to screw. Now, don't get the wrong idea. All of this screwing has to do with adhering two wooden disks designed to cover and seal out water from the center board's swivel pin. First, the 4 disks had to be epoxied. If you saw my epoxy work you would know that goo went mostly in places other than on the disks. Consider that one of the disks had to be put on in a narrowing compartment barely 3 inches wide where the bottom screw goes.…

A few weeks ago I bought a 2.5 Nissan outboard from a guy in the mislands. I will use it on my rib, 12 ft 1964 Crestliner Super Fisherman and also my Howler 8 ft hard dinghy. It runs really nice so lets hope it keeps it up with maintenance.

Desalinator for S/V Swiftsure as he prepares for Tonga

Christian Koch
Just a little update for all friends (or going to be) who are coming through or to Antigua this season.... Jolly Harbor Custom and Immigration "adjusted" some of their personal..so the friendly and helpful Crew is back in charge. No more hassle here . The young lady who was fighting off sailors…
Continue

Read his.book Gypsy Moths solo circumnavigation. At first it was inspirational. As I experience the preporation for.my trip I feel.the.emotionl stress he too endured. Yet press on we shall.
.

names of different kinds of sailboats 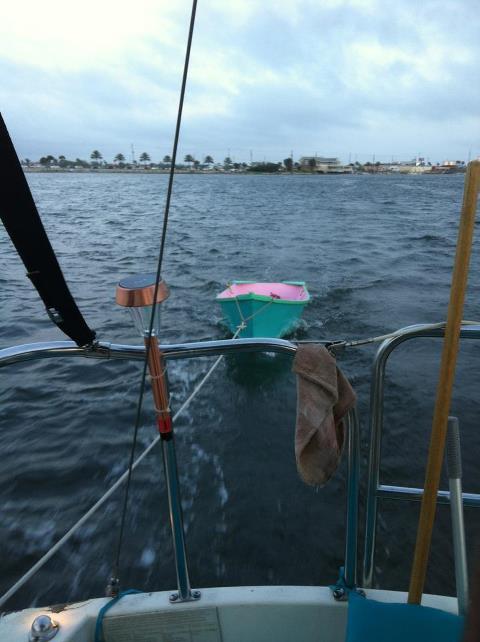 Well after cleaning the yard today I decided it was time to seal up my Seaworthy Rib, Been putting it off and have boat fever again.

Mus have been because I moved the Tartan to a mooring. Getting boat fever again. I want to sell the Tartan but it seems there are not many buyers for sailboats these days.

Oh well lets see if the sealant will repair the few leaks I have in the Rib.

Wayne replied to Wayne's discussion Farewell all in the group Beneteau 40 & 43
"Will do Mike. Seems it may be commissioned around Feb of next year according to expected ship date from France. So don't hold your breath!"
Mar 30

Mike Brown replied to Wayne's discussion Farewell all in the group Beneteau 40 & 43
"Wayne, yes I’m still here lurking in the shadows haha. I’m glad to hear you’re moving on with a new boat. I’m sure you’ll love setting her up the way you want using all the experience from your 43. The 38.1 is a very…"
Mar 26

Wayne replied to Wayne's discussion Farewell all in the group Beneteau 40 & 43
"Mike if you're still out there we have recently ordered a new 38.1 and will try inland sailing on the Tennessee River away from the hurricanes. Yes you were correct regarding opportunity awaiting and keeping an open mind. Sincerest…"
Mar 26

Christopher updated their profile
Mar 18
ADVERTISE ON SEAKNOTS CONTACT US AT:
candrac@sailforwater.com