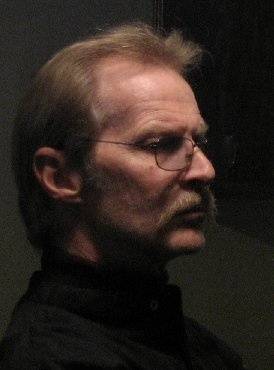 This may go down as the European Storm of the Century. "Xynthia led to…Continue

Milt has not received any gifts yet

About Me:
After growing up on the gulf coast of Florida and spending a lifetime on the water, in and around boats, I have moved to the mountains of East Tennessee. When I proclaimed my desire to find a boat and revisit my pursuit of sailing, my friends here all thought I had lost my tiny mind. A few short years ago I acquired a small keelboat, a Com-pac 16, and now enjoy most of my free time sailing the lakes, rivers, and inland waterways of this beautiful, mountainous country at an elevation of almost one thousand feet above sea level. Night Sailing, I find to be a particular delight; drifting slowly and silently along on a soft, summer breeze across the face of the deep with the moon and stars lighting the way as a warm breeze, like the sighing of a brokenhearted lover, caresses the skin and fills the sails, moving the boat gently through the night; it is an experience that is nothing less than magical to me. I hope to find others here with whom to share the many joys of sailing.

Destinations visited:
The lakes and rivers of East Tennessee, the bays and estuaries of Northwest Florida and surrounding Gulf of Mexico, Jamaica...

Looking to:
Live every day as if it were my last, because, one day, it will be.

Get to know others with whom to share the joys of sailing, and the continuing exploration of life's Great Mystery.

Linda Rooker said…
Hi Milt,
Long Beach is wonderful!! We brought the boat down the Tenn Tom from Pickwick Lake a year ago, and are loving it here. Everyone on the gulf coast has been friendly and open, we've made a lot of new friends!!!
We sailed Pickwick lake on the Tenn River for about 20 years and know what you mean about the beauty of the lakes up there---we enjoyed all of our time there and still have wonderful friends who sail there.

zeehag said…
formosa coming slowly--sailing with friend in gulf--will post pictures here and words too--lol--but i am hoping to get formosa underway to mazatlan this winter..lol...is gonna be some work, but well worth it!!!! i love her and cant wait to sail her out of sin diego lol....

LOLA said…
What kind of camera do you use?

Liv said…
Hey Milt,
SeaKnots is a good, friendly place, you'll make new friends here.
We all seem to have the same outlook to life on the water.
I like your boat. Is there enough room in the cabin for overnighters?
Our CS 22 is also not very big but we have enough room in the cabin to make long cruises pleasant. No head room though, which makes me long for a bigger boat. However, the fact that we can beach and trailer our CS ranks high with us.
Can't wait for summer.

Fat Cat Anna ~~~ \\^^// ~~~ said…
Hey Milt - hope you begin to start to get the knack of posting around here at Sea Knots. It can be frustrating at time - but hopefully the link that was given to you by the founders of this great site will help make things easier for you.
Noticed you grew up in Florida. We're heading there in a few weeks (Marathon) - and hope to get in abit of sailing with some friends that have boats near by (would like to have my own there - but we don't buy lottery tickets - darn ). Anna from Montreal