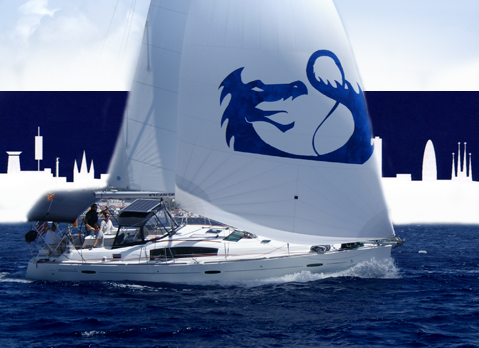 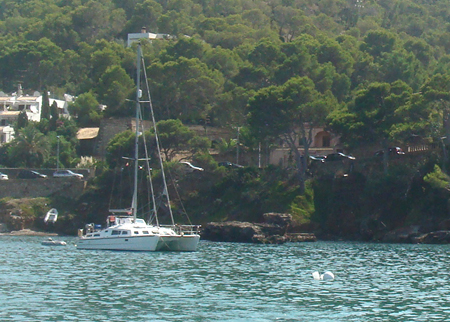 He was kind enough to let us use the last one and wouldn’t accept any money in return. We hope he didn’t trip on the bottle of Sardinian wine we left on his cockpit while he was not paying attention. It was thanks to our friends John and Jodi, who were already there, that we got Terry’s treat. So we spent some time on board of their fabulous Island Packet called Jay Sea Dee. Nachos with home made salsa and a generous plate of pasta made for a very memorable meal in great company. 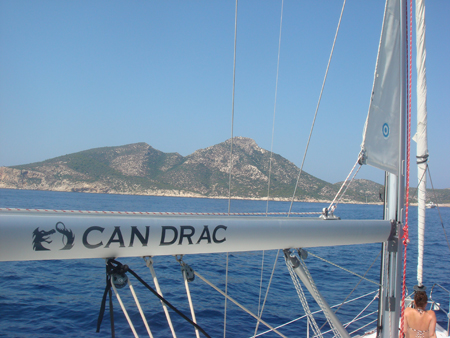 The next morning we sailed past the island of Dragonera, which was very appropriate, considering our boat name. We couldn’t see any dragons there but it seems that the name comes from its shape. Once we left Dragonera behind, Barcelona was due North. No more islands on the way, no heavy weather on the horizon, just over 100 miles of blue Mediterranean waters between us and our destination. But of course, it wasn’t going to be all that easy. When we tried to unfurl the mainsail we saw that it was jammed. We found a way to roll it back in and continued under jib alone the rest of the way. 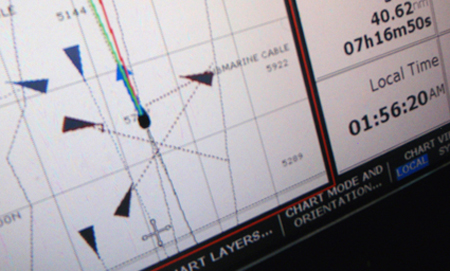 The only other challenge was the amount of traffic in our path throughout the night. At one point we ended up very close to the point where the path of two massive tankers met. Not a good place to be on a slow moving sailboat in the dark. The horizon broke at sunrise, slowly revealing Barcelona’s skyline, with a mix of familiar sights and a couple of new landmarks. When we looked at the log in port we realized that somewhere along this passage we had crossed the 10,000 mile line since leaving the New York Harbor. Not bad for 9 months of full time cruising at our own pace! 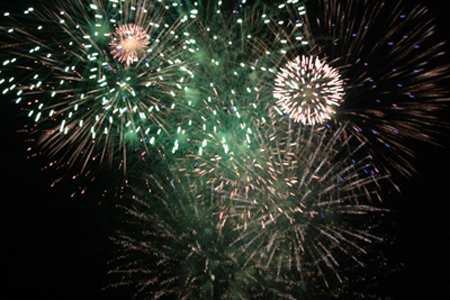 We arrived in the middle of Barcelona’s main holiday: La Merce. That made it all that much more special. We didn’t expect to be greeted with fireworks on our first night in port but we couldn’t help but feel honored. 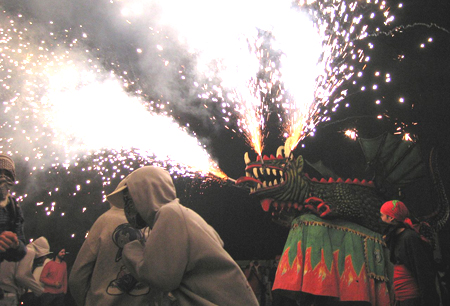 And speaking about dragons, the streets were also filled with people running what’s called the Correfoc (or fire run) that night. That’s a local celebration where a fire-spitting dragon chases kids all over town. Not as dangerous as the running of the bulls but just as scary. 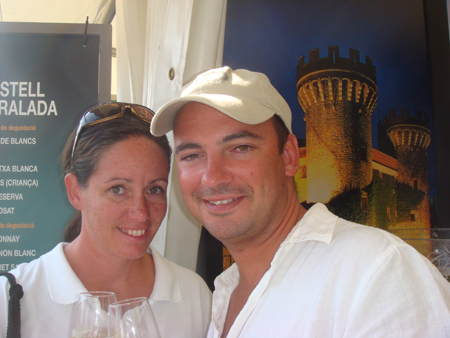 The Merce celebrations also included a wine tasting exhibit just steps away from our marina. We were delighted to find the wine made in Peralada, the castle where we got engaged in 2002. It is now one of our favorite wines and a great excuse to celebrate the years we’ve been together. And to top it all off, Barcelona was the host of the final Red Bull Air Race that week. For several days, the sky was filled with planes doing acrobatics, sometimes just a few feet away from the masts in the harbor. 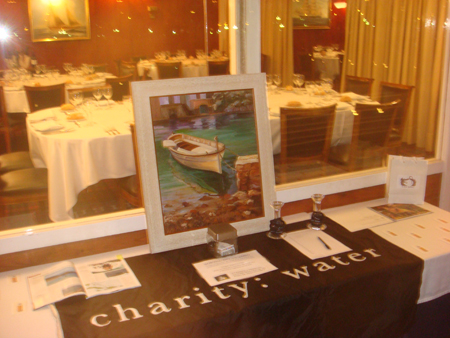 But of course, we had to have a celebration of our own. So on October 2, our friends Ana and Lu organized a Welcoming Party at the Real Club Nautico de Barcelona, which is the most well known yacht club in Spain. 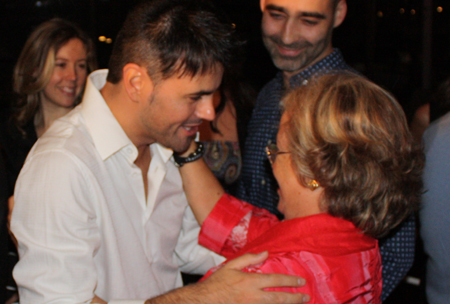 It was great to watch old friends and family getting together for the first time in years thanks to the occasion. Seeing so many familiar faces gathering to celebrate our trip also made us feel very welcome. 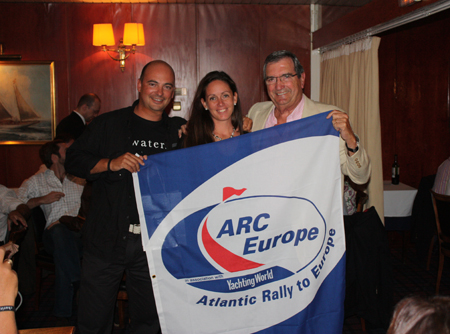 We used the opportunity to thank the crew that helped us with the toughest challenge: the Atlantic crossing. We owe a lot to Bill, Marc and Lluis, who was the one there to pick up the official ARC Europe flag we had been saving for this moment. 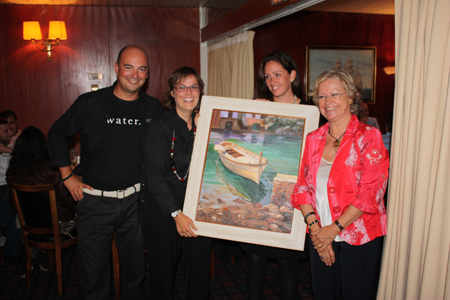 Since most of our Barcelona friends had not had a chance to donate, we also used that opportunity to turn it into a fundraising event for charity:water. Kika, Franc’s mother, donated one of her paintings so we could raffle it at the party. We raised over $1,000 because of it so we are really proud of her. She’s never sold any of her work but now we know how much it’s worth! That made us feel extremely thankful to those that contributed. The lucky winner was Neus Pasamonte, a former colleague of Franc’s. Congratulations, Neus! 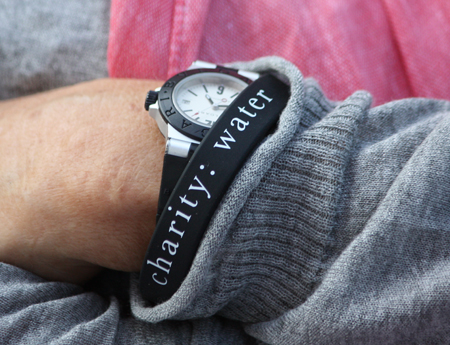 After a total of 10,012 miles of sailing in all kinds of waters, visiting 50 islands in 15 countries and sharing it all with 21 guests, our adventure continues. Just like our commitment with charity:water, which will soon allow us to turn our dream of funding a water well that can provide fresh, clean drinking water for a whole town a reality.

Comment by Alain Brauckmann on November 1, 2009 at 5:12am
Nice to hear that you have fun here in Europe

Comment by CruisingEditor on October 27, 2009 at 8:42am
Terrific Blog you guys! Thanks again for sharing your voyage and congrats on having sailed 10,000 miles. You may now get your two blue swallow tattoos! ;-)