Thinking the Worst Can Be the Best 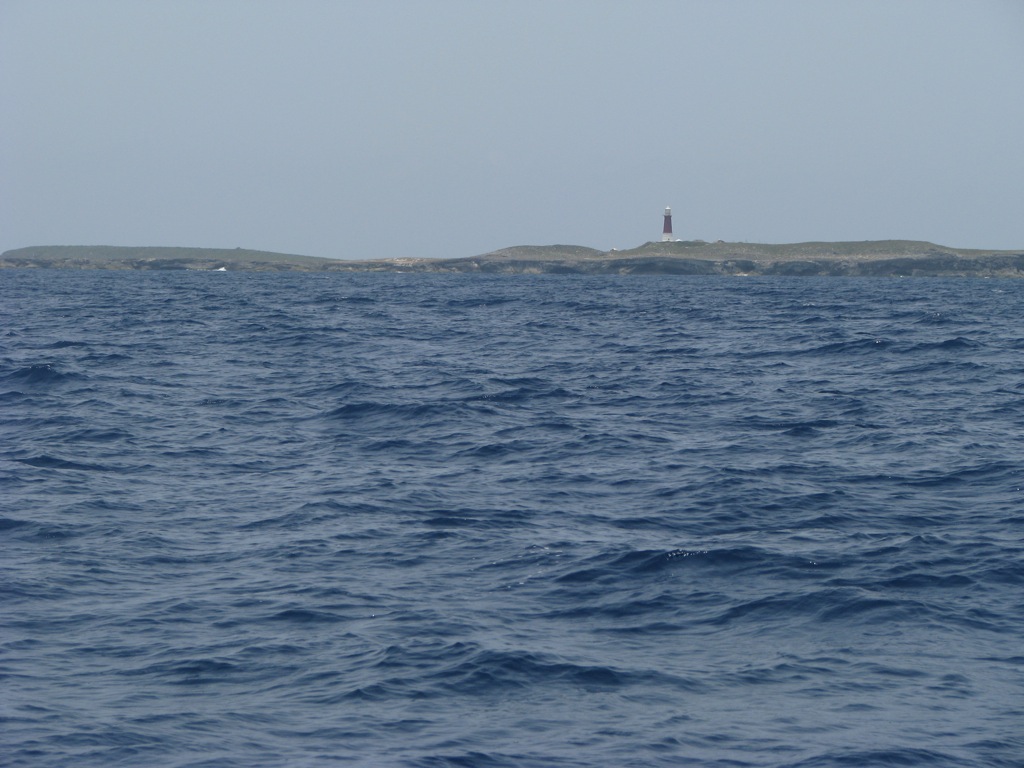 I’m sitting in the main salon of my boat docked at the Blue Water Marina in Bimini listening to the sound of lapping water, distant music and the thrumming of a boat’s generator one dock over. At least tonight, I’m still awake past nine. Last night I was dead to the world at this hour.

I made my first overnight passage alone and nothing went wrong and I wasn’t scared out of my wits. Partly it was due to my own ability to dream of the worst. I can be pretty negative when I think about all the things that might go wrong. But in a sailor, that can be an asset. I remember one time when I was sailing with a fella and as we were returning to his boat, I saw that it was heeled over and cross-wise to the wind. I said, “Look, I’ll bet we’re aground. Did we check the tides?” We jumped aboard and I went below to open the tide program on my computer and he checked the depth finder and found we had plenty of water beneath us. It was just the current holding the boat sideways to the wind, which then was heeling us over. He said to me, “You’re so negative! You always think of the worst that can happen.”

Guilty. It’s true. I do. But much of the time, by thinking about the worst and planning for it, I avoid some of it.

Friday morning, I ran the dog ashore in the dark, and then came out and boarded a boat made ready for departure. But I still had to get the outboard off the dinghy and the dinghy into the davits, so it was 7:00 by the time I was motoring out through the narrow cut in the reef, dead into the wind with the full main up and flapping. The swells were running about four to five feet, and in the cut I was headed straight into them and the boat was rearing up and slamming down with horrendous crashes. I just kept hoping that the next slam wasn’t going to be onto something solid. The dog was terrified of all the noise, and there was nowhere he could run. It seemed to last forever because we had to get far enough offshore to clear the next reef, lovingly called The Boilers. Finally, I was able to bear off.

It was a lovely close reach for the thirty miles down to Hole in the Wall, but as the wind kept increasing, I finally had to throw a reef into the main. My boat develops way too much weather helm with more than 15 knots forward of the beam. The Autohelm was making some ugly noises too, so I steered for part of every hour to give it a break. When we rounded the corner and turned downwind, the fun part stopped. Without a spinnaker or a drifter, going downwind is the pitts. The boat slowed from six knots to three and the jib became useless. The swell was too much for wing and wing. I shook out the reef and tried sailing on main alone with a preventer to avoid a gybe, but still, I wanted to get to Bimini before the fourth of July. So back on came the engine and I was able to add the lovely odor of exhaust to the hot, rolly, ship dodging motorsail across the Northwest Providence Channel. The joys of sailing.

Just at dusk, around 8:30, we were off Little Stirrup Cay and I nosed my way in to see if we could find protection there for a few hours sleep, but the wind had too much east in it and the swells were wrapping right into the anchorage. I turned off into the night and told the dog, “Sorry buddy, it’s gonna be a long night.”

And it was a black night. We were out of the main shipping channel, but I still worried about pleasure boats and fishing boats. It was so dark it was difficult to make out the horizon. At one point I was startled by something that seemed to light up the whole sky to the south, and it was just a shooting star or meteor, but the sky was so dark, it looked brilliant. At midnight, I switched on the radar just to check and I saw two targets nearby, within four and six miles, but there was no sign of any lights. Thinking about the possibility of hitting some unlit boat, I decided to leave the radar on the rest of the night. The moon was supposed to rise around 2:00, but there was so much haze on the horizon, I didn’t see the little sliver until nearly 3:00 and it did little to lighten the sky until 4:00. By that time I was wondering why I hadn’t brought some Red Bull.

Dawn was sweet. There was no lovely sunrise thanks to the haze, but I could see the horizon and I felt I had a chance of seeing something before hitting it. Yeah, that’s thinking negatively, but hey, it’s darn creepy motoring along at six knots all alone in what looks like a black void. But it’s also exhilarating and awe inspiring to be out there under so many stars completely on your own.

Well, there was the dog. And come dawn, oh what he problem he was. He had finally agreed to go to sleep in the forepeak around 2:00 after driving me crazy in the night, but at dawn, he woke up and decided he wanted to go up to the foredeck to do his business. I had him on a 15-foot tether that allowed him access to the cockpit and the forepeak, but he couldn’t get out of the cockpit. I walked him up to the foredeck on his leash, but he looked at me with that dopey dog grin that said, “This is fun.” I said, “No play, go pee-pee.” He looked at me. See, like a person, he demands his privacy. So, I took him back to the cockpit. He tried to get out and go forward again. I couldn’t let him go up there without a tether and I didn’t have a tether long enough to send him up there alone. Finally, I crawled into the forepeak berth, opened the hatch, stuffed him out there on his leash, closed the hatch and waited. He looked down through the plexiglass and knew I was there. He wouldn’t do anything. I was ready to hand him out a magazine! The things I do for that dog. Finally, he peed and managed to do it all over his leash.

I arrived in Bimini at 11:00 a.m. and tried to anchor on a coral pan bottom and even dove on the anchor to try to set it, but it just couldn’t dig in and with 15-knot winds, I finally came into the marina, exhausted, but happy that through imagining all the terrible things that could go wrong, very little had. And boy, after only one beer, did I ever sleep well last night.

Comment by mike sproull on June 30, 2008 at 1:47am
Nice job pilotting out past the reefs!
Nerves of steel!
I spent some time at the Blue Water Marina last year also.
Try Capt.Bob's across the street for breakfast
.Bimini's bread is quite famous so their French Toast is fabulous!
Straight Wakes,
Mike