The ballad of Luperon 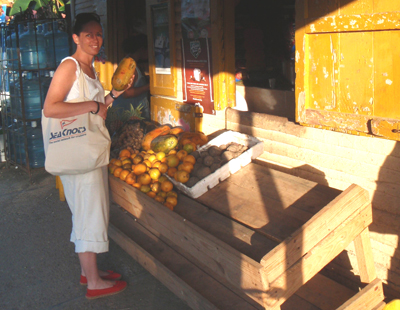 I can't believe we almost missed it. For a moment, we considered taking I-65 from the Bahamas to the Virgin Islands. What that means is taking advantage of the North winds that come with a front to go as far East as meridian 65 and then turn South straight to the Virgins. Never mind the fact that this is a long offshore passage and that these North winds don’t usually last long at this time of year, causing hours of motoring into Easterly winds and waves. The reason that would have been a big mistake is that we would have missed Luperon, in the Dominican Republic.

For us, the discovery of the island of Hispaniola started with the smell of wet land, cattle and camp fires that snuck up on us long before we could see the profile of its high mountains in the moonlit horizon. What a difference from the low-lying cays we had sailed by throughout since leaving Florida.

But one thing did not change, at least not yet. Having already survived some of the shallowest waters a cruiser will ever find (the Bahamas) we almost run aground three times in 15 minutes, entering the bay! The only thing that saved us was a stranger’s voice on the radio: “vessel entering the bay of Luperon, you are headed straight for a shoal”. You see, up until then, at least you could read the water by looking at the colors in the bottom through the clear waters. Not in Luperon. The water there was dark green, concealing the secrets of its depths. We later found out the local knowledge was coming from Thomas, from the sailing ship Ciganka, with the first of many displays of friendliness from the cruising community in the bay. Of course, it wasn’t long until we learned about Handy Andy, the guy that gets you anything you want in Luperon. In a matter of minutes we were guided to our spot and had Andy in our cockpit chatting in Spanish with the cold American beer we’d offered him. It wasn’t even 10 am.

We had expected to find a big harbor with hundreds of boats spread out, where we could be anonymous and go about our business and get out in a couple of days. Instead, we found a good size cove with a tight-knit community, where we spent a full week.

A day in Santiago
Our “business” in the Dominican Republic was a visit to the town of Santiago de los Caballeros where grandpa Lluis Carreras was exiled during the Franco dictatorship. 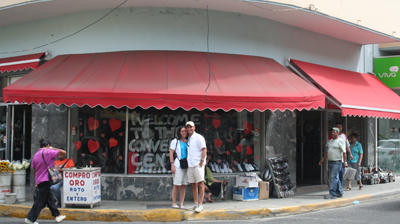 Family friend Freddy, a Dominican also from Santiago who lives in Barcelona had it all arranged for us. He put us in touch with his friend Omar, who made sure Lenin, owner of Marina Puerto Blanco would be waiting for us. Lenin’s hospitality went beyond a slip at the marina. He cooked some of the best steaks we’ve had in a long time! Freddy also put us in touch with his aunt Manolita who hosted us in Santiago and was generous enough to show us around, feed us and even give us some parting gifts. 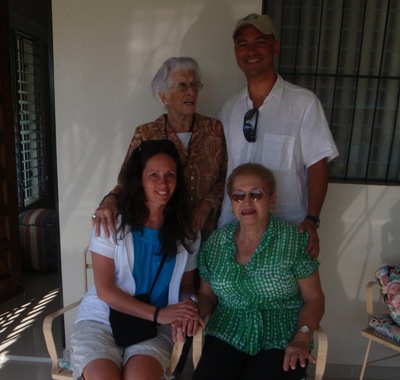 Venturing inland in a country like the DR took us into a whole new world. As we left Luperon in the early morning we drove by the sugar cane fields and the little huts on the side of the road and saw the children in their uniforms walking to public school. 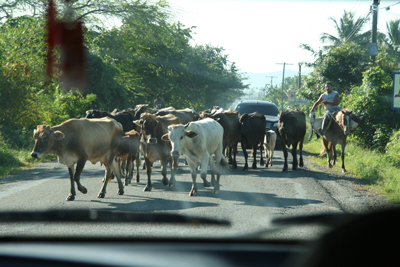 The roads were often cut by cows walking from one field to the other and we even bumped into the milk man making his early morning delivery mounted on a horse. 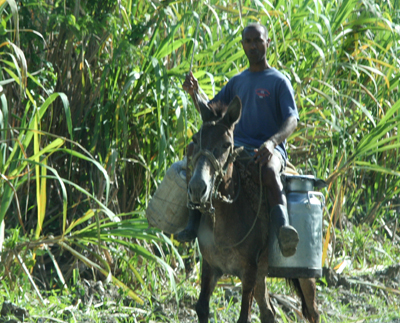 It was surprising to see so many “motores”, the Dominican word for motorcycles. They say they replaced the horse in the countryside, as the favored means of transportation. Unfortunately, helmets are not in vogue, which is probably one of the reasons hospitals have a special emergency room for motorcycle accidents. 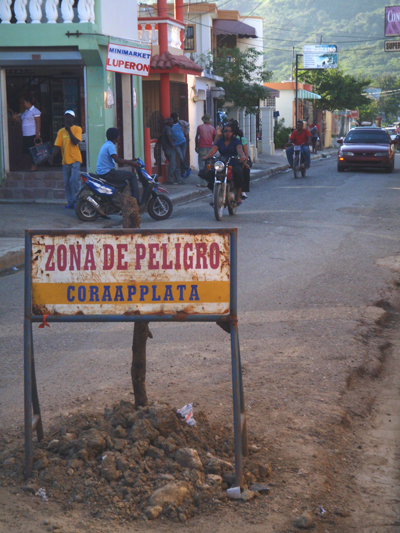 New friendships
Back in Luperon, we made a bunch of new friends. We found Bob and Debbie from Chimayo, who we had briefly met at the fuel dock in George Town and were generous enough to let us borrow their long hose to fill our water tanks. As we were thanking them with a beer at Shaggy’s, the local hangout for cruisers, we met another interesting couple: Pam and Graham from Hot Latte-Tudes. Despite being retired and having grown children, those two looked like a couple in their twenties just having fun. Not only did they brew their own beer but they never missed a chance to party and dance anything from old time rock & roll to merengue. And they told us about cold water coffee too! Something we’ll have to try… some day.

We also met Thomas and Linda from Ciganka, a 78ft steel gaff rigged ketch usually chartered to groups of teenagers. Their tales of inspiring the young to become boat designers and full time sailors were really moving. What an amazing way to make a living on the water!

And of course, we also encountered the biggest celebrity in Luperon. The guy “that wrote the book”. Literally. That’s because every boat transiting these waters carries a copy of “Passages South” by Bruce Van Sant. But we’ll save our thoughts on the masterpiece for a later blog, when we finally complete the route south.

We got to know other South bound boats like "the islanders": the crews of Down Island and Island Time, two boats that were traveling together in the same direction and on the same schedule as us. I am sure we'll be in the same waters as we keep going down island.

We also took some time to visit the Charcos de Imbert, a series of waterfalls and natural pools up in the mountains. As you can see in the video below it was like a natural water park. We shared that experience with the French Canadian crews of Lady M I, Cheznous and Tenasse, who also introduced us to Louis Ribe, a Catalan that broadcasts free customized weather reports from Quebec.

Providing live entertainment
Of course, there is no tight-knit community without some live music and partying. And there is no lack of live music in Luperon. Merengue and Bachata aside, the marina hosts jam sessions and a karaoke night. The lack of Billy Joel repertoire did not discourage Andrea on Karaoke night. She grabbed Debbie from Chimayo by the arm and took over the stage for a memorable rendition of Copacabana that had the whole crowd on a conga line.

Franc chose to participate in the jam session instead. It was generously organized by Puerto Blanco Mac on our last night and attended by Jeff, with his British accent and his skillful hand on the strings and Lucy, the gifted flautist from S/V Joanna. Now, as we sail on to Puerto Rico and then on to the Virgins we feel the void of leaving a magic place. As the images of the week flash through our minds and the mix of sounds and music rings in our ears, a melody of memories starts to form in our heads. We like to call that feeling the Ballad of Luperon.

Comment by Juancri on March 9, 2009 at 12:19pm
You are living a dream of most and all of us who ever dreamed as such are living it with you and thanks to you. Enjoy it for all of us and remember that you are not on your own on your experiences. You are living it for lots that may never live it on their own.

Take good care of yourselves. Lots of love from southern Spain!!!!

Comment by George on March 5, 2009 at 9:57am
I love reading about your adventures but what is with those red shoes