So last week we decided to take our 5 year old offshore liferaft To Sal's Inflatables, to be recertified, this being a major refit of the raft we decided to stick around to watch Sal open the case and inflate the raft with dry air.  When the raft case was opened we discovered the painter was wrapped around the raft in packing and therefore this raft could never have been deployed. 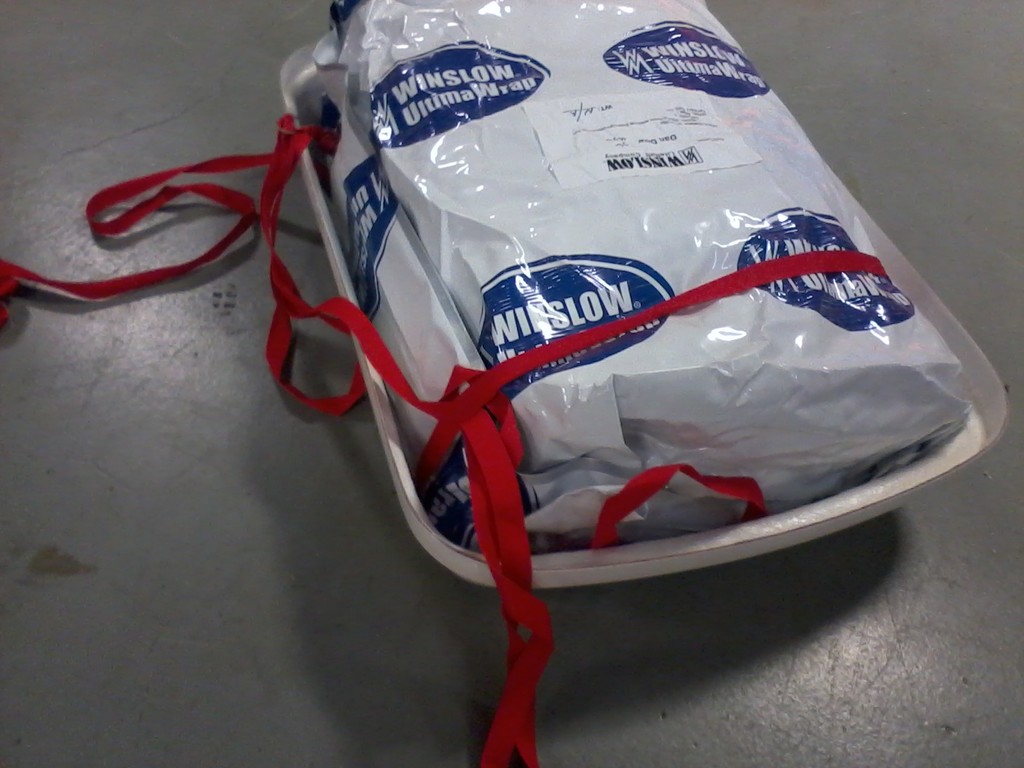 When we returned to the boat Ann contacted the customer services rep at Winslow rafts in Florida.  The customer service rep listen to her venting and explanations with comment, then she apologized for the obvious failure by her company and stated that they would be replacing the raft, would it be okay if they shipped it to Sal’s and picked up the defective raft.  To say the least we were ecstatic with her customer service and therefore Winslow’s customer service.  So, the next day the Customer Service rep from Winslow calls back and wants to discuss tie raft.  Of course in the back of my mind I think here it goes they are going to find a way to sell us a portion of a new raft, prorated or something.  But this lady goes on to explain that she had been talking with the sales manager regarding the fact that we were getting ready for the Pacific Cup Race, and the sales manager had informed her that our raft model is not IOR rated and would not qualify for the race.  Could she, if it was okay with us, upgrade the raft to the IOR model without cost to us and have it shipped to Sal’s by the second week of April.  Mind, oh no I don’t mind.  Thank you Winslow for making us one step closer to the big adventure.